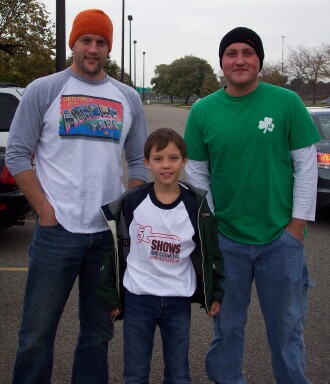 Kevin, River and The Drake brave the elements the day before the concert.

I don’t think anyone in our group cried.

To be fair, though, I think that has less to do with the emotional impact of Bruce Springsteen’s music and more to do with the absolutely miserable weather in Cleveland. Shedding a tear meant you risked having it freeze to your skin, and with the complete lack of sun in the city, the frozen teardrop could have remained there for far too long. I’m sure that would be bad for your skin.

Friends warned me that the drive to the upper reaches of Ohio is unimaginably awful, but I thought that was just hyperbole speaking.

The stretch between Cincinnati and Cleveland is among the most barren, desolate driving I’ve ever witnessed. Look, when the high point of the geography is a few minutes passing through Columbus, you know your state sucks.

One particular patch almost proved too much, highlighted by the world’s worst rest area: a spacious parking lot and two port-a-potties. I’d rather take my chances with an empty soda can. 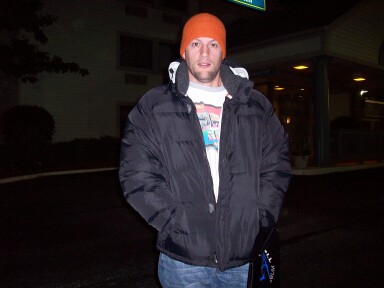 Bundled up after a visit to the Rock n Roll Hall of Fame the day before the concert.

Also, I’m not sure what prompted the mass Ohio cop turnout, but we truly lost count there and back. In Kentucky, we didn’t pass one single cop car sitting in the median, just waiting to bust Johnny Speeder, but in Ohio, they were spaced roughly 20 feet apart.

Perhaps that’s because Ohio people are absolutely the worst drivers I’ve ever been around. Granted, they aren’t as reckless or dangerous as Lexington drivers, but I prefer the thrill of New Circle Road to being stuck behind a trio of cars moving at similar speeds. I can’t begin to describe the rage that brewed as time and again we’d be on a three-lane highway, with Car in Lane One driving 65 mph, Car in Lane Two driving 63 mph and Car in Lane Three driving 61 mph. Then, when they’d pass one of the 1,546 cops parked along the road, they’d slam on their brakes and drop down to the mid-40s.

This was more of a problem on the trip home because we wanted nothing more than to be out of godforsaken Ohio, but Billy Sunday Drive just wouldn’t cooperate.

I tried explaining all this to Becca and Sarah, two women The Drake and I met while waiting in line prior to the concert. I hit it off immediately with both of them as I said, “Cleveland is the Pittsburgh of Ohio.” Turns out, their family is from Pittsburgh and later moved to Cleveland. 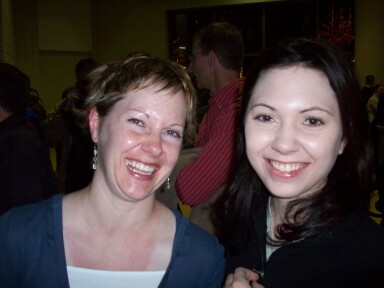 Sarah and Becca act like they’re not completely offended by my personal attacks on Cleveland.

To their credit, they laughed it off, mostly because I think they were infatuated with The Drake, who was celebrating his birthday (which was actually on Monday, but we’re not going to split hairs here).

The doors to the concert didn’t open for quite some time, so Becca and Sarah made a better impression of Cleveland (honestly, they were the only remotely friendly people I encountered), but two people can’t save a city from being labeled the Worst Town I’ve Ever Been To. Keep in mind, I’ve been to Detroit, Pittsburgh and Campton, so that’s quite a statement I’ve made.

Overall, the trip itself was fun — I enjoyed spending time with The Drake, Gwen and River, and the music, of course, proved to be every bit as good as expected. Bruce rocked. Cleveland sucked.

Georgetown, I’m glad to be back. 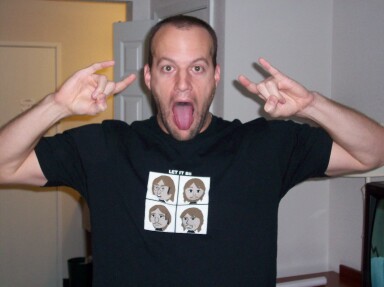