I nearly flunked out of college my freshman year.

Some people get bad grades because of too much drinking or overall general stupidity, but for Aaron Saylor and me, it came down to two things: too much late-night basketball (although, to be fair, we did become sort of legendary at the North Campus blue courts) and planning a radio show.

For whatever reason (mostly the overarching hubris that comes with being 18 and 19 years old), we thought that our idea for a radio show blending comedy (or “comedy” for those who weren’t in on the jokes) rock and/or roll and various hijinks would be right at home on WSKV, 104.9 on your FM dial, Powell County’s home to country, bluegrass and gospel.

So, instead of studying at night, we plotted ideas for this show, thinking it would be a cross between Howard Stern, The Ron & Ron Show and, well, an evening of hanging out with us. I’m still not sure why we thought anyone would be interested, but that didn’t stop us from approaching station-owner Bud Parks and making a pitch. For reasons unclear, Bud agreed, and “This, That and the Other” took the airwaves. 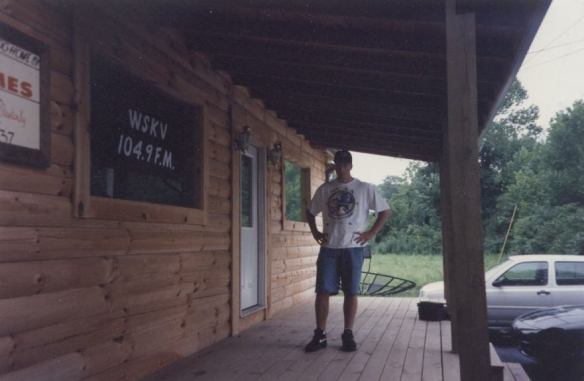 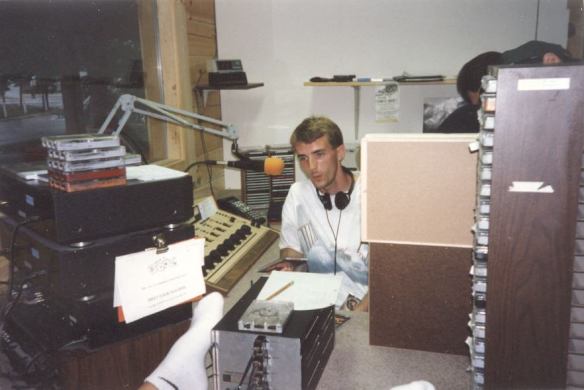 That first year, we built ourselves around a few simple ideas: recurring characters (like Adam Thompson’s perfect creation of “a bad man), Ale-8 parody songs and a few original tunes. For years, these have only existed on a few cassette tapes, but recently, my friend Sean Mullaney converted one of his tapes into some mp3s, and I now have a few selections to share.

The first is TTO’s tribute to the Stanton Corn Festival, held the annually the first weekend of August. We penned the song thinking it would eventually become the festival’s official anthem, but shockingly, the organizers still haven’t called us for the rights. In 1994, however, Aaron and I held a special unofficial concert at the festival, thinking we’d draw a crowd that would force the festival folks to pay careful attention to our creativity. 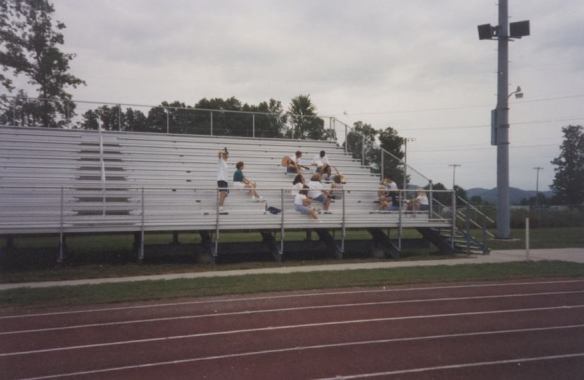 As you can see, results were mixed at best.

That said, the legend of TTO lives on, both in the hearts of its creators and collaborators (including our second season addition of Cory Graham) and now, thanks to Sean, online.

Ladies and gentlemen, I give to you, for the first time on the Internet, “I Really Like Corn.”

10 thoughts on “TTO goes digital: ‘I Really Like Corn’”