Michael Vick is the single worst person to have ever lived, somehow combining all the negative qualities of all the evil people in all the world of all time.

Some people will no doubt agree with that sentence, while others will grasp the concept of sarcasm. In the past few days, the media has been buzzing more and more about Vick and how he’s a monster for his crimes against humanity and, I guess, caninity.

For the uninitiated, a very brief recap: Vick, who at the time was one of the NFL’s best young quarterbacks, was found guilty of being involved in a dog-fighting ring, served jail time, lost most if not all of his money and found himself facing an unlikely personal rebuilding project. He has rehabilitated himself (his image, though, remains in shambles), gives a chunk of his paycheck to animal groups, speaks to kids at public city schools about animal treatment (all without TV cameras or reporters present, mind you), says and does all the right things as a teammate and generally has gone about his business in about the best way possible. 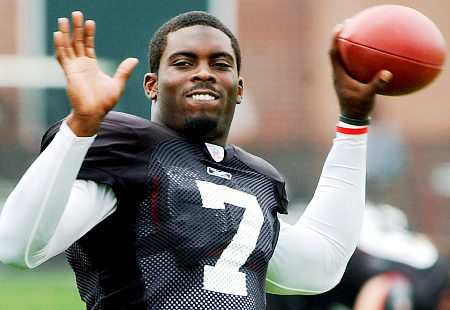 Oh, and he’s also back to being one of the best players in the NFL, as well as the most divisive. It seems half the fans love him, half hate him. It’s a very black-and-white situation.

Unfortunately, it seems that is almost a literal statement.

Vick is a black quarterback, a position historically dominated by white guys. You know, good solid members of the community like, say Tom Brady (broke up with his then-girlfriend around the time she got pregnant, although that could really just be a matter of terrible timing).

Tom Brady and his terrible haircut.

Let’s also consider Brett Favre, the “ol’ gunslinger” beloved by announcers for his gritty on-field performances. Let’s also not forget that Favre admitted to abusing painkillers and alcohol. While those are personal demons he battled, the gunslinger got slightly more public when he unholstered his pistol in inappropriate text messages to Jenn Sterger, a Jets employee (it’s worth noting that Favre had previously played for the Jets, making this a form of sexual harassment. It’s further worth noting that the 41-year-old grandfather is old enough to damn well know better). 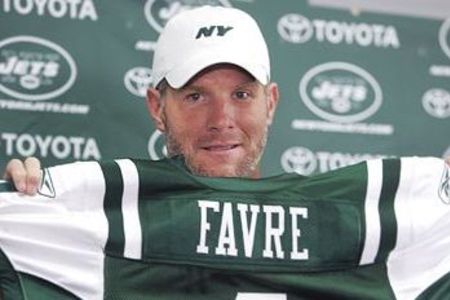 One of the safe pictures of Brett Favre I could pull up through Google. Trust me, you do not want to go searching down that road.

And then there’s Ben Roethlisberger, he of the not one but two separate reports of sexual assault, one involving a 20-year-old woman. Roethlisberger escaped relatively unscathed both times; in the first, no criminal complaint was filed, while in the second, charges were not filed because the district attorney said he couldn’t prove Roethlisberger guilty beyond a reasonable doubt.

You really have to love that this was, no joke, the second picture of Ben Roethlisberger to pop up in Google.

What was the punishment doled out for these three (who have a combined six Super Bowl wins between them? A $50,000 fine for Favre and a six-game suspension (later reduced to four games) for Roethlisberger.

This is how much of America perceives Vick.

Look, I get that organizing a massive-scale dog-fighting ring is nothing to sneeze at, nor should Vick be off the hook for the brutal killing of some of the pit bulls by hanging or drowning. Vick’s actions were reprehensible, and he knows it. The man has admitted his wrong-doing, accepted every form of punishment doled out and continues living with it daily. What he did was inexcusable, but it’s far from unforgivable.

Of course, many people don’t agree with my stance. They think Vick should have been banned for life.

Or in the case of talk-show host Tucker Carslon, Vick should have been executed.

“I’m a Christian,” Carlson said on TV. “I’ve made mistakes myself, I believe fervently in second chances, but Michael Vick killed dogs, and he did in a heartless and cruel way. And I think, personally, he should have been executed for that. He wasn’t, but the idea that the president of the United States would be getting behind someone who murdered dogs? Kind of beyond the pale.”

First of all, let’s be clear: Michael Vick did not murder dogs. He took part in the killing of dogs. You cannot murder a dog, or any other animal for that matter. Murder is the act of one human killing another human. Vick no more murdered a dog than a shark murders swimmers or an avalanche murders skiers.

I also question Carlson’s preface of saying “I’m a Christian” who “believe(s) fervently in second chances.”

Clearly he does not.

Or, maybe, he just forgot his New Testament, or at the very least, his The Passion of the Christ. Surely Carlson (and others) remember that Jesus, he of the aforementioned Christianity, was killed in a “heartless and cruel way.” And what did Jesus say about his captors/torturers/killers? “Forgive them for they know not what they do.” Sounds like this Jesus guy not only practiced and preached, he practiced what he preached. 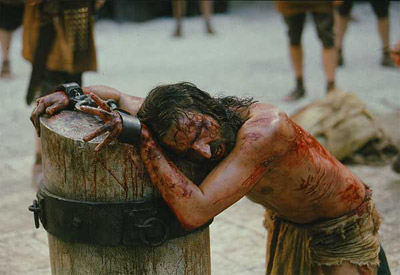 For those who don’t want to watch the above video clip, it’s 11 minutes of this.

I do not condone what Michael Vick did. It makes me sick to think of the dogs being used to fight, then being killed. But I ask you this: would you rather Michael Vick spend a day killing your daughter’s pet puppy or Ben Roethlisberger spend the night raping your daughter?

At the end of the day, Vick made a terrible mistake, one that has affected many lives and one that he no doubt wishes could be made right. Let’s keep it in perspective, though. Unlike Donté Stallworth, he didn’t drive drunk and kill a person (a crime that netted him a whopping 30-day sentence, of which he served 24). Unlike Ray Lewis, he wasn’t involved in a fight that ended with two people being stabbed to death (Lewis got a year’s probation and a $250,000 fine for his obstruction of justice charge). 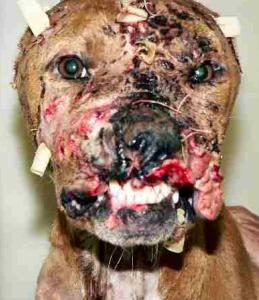 I’m not going to shy away from showing the results of Vick’s past. I can’t, however, show the results of Stallworth’s DUI or Lewis’ fight; this is So … There I Was, not Faces of Death.

He killed dogs. He organized a gambling ring. He paid his price. I’m pretty sure that doesn’t warrant an execution, in which Carlson is saying let’s round up the black man and dish out our own brand of justice.

I’m pretty sure 100 years ago, this “execution” would have had another name.