Just days after starting the pre-planning toward leaving satellite TV for the futuristic territory of online service, I received my latest DirecTV bill. Despite not having ordered any new programming, this month’s bill was almost $20 higher than last month’s. Perhaps they learned of my not-so-secret scheme to leave the company and put in place a plan designed to milk me for a few extra dollars.

Or, more likely, they are just continuing the overall poor performance and customer service I’ve received, literally, since my first day of service.

I would rather be stuck in that Explorer than deal with DirecTV. Yes, I likely face certain death at the (undersized) hands of the T-Rex, but on the bright side, Dude, it’s a real dinosaur come to life! Also, should I not get eaten, there’s always the off chance the T-Rex and I would become friends, and he’d later visit my house and help install my antenna cables.

Let’s recap: In 2009, I switched from cable to DirecTV after being roped in by the allure of, well, I honestly can’t recall what prompted the switch. I’ve forgotten anything that might have once been good about DirecTV (even Friday Night Lights, once the best show on TV, has had major slippage in quality since it started airing first-run episodes on DirecTV). One thing I clearly remember, however, is how the sales rep assured me that local stations were available in high-definition. This was an important draw to me, since the two shows I was most obsessed with, Lost and 24, were both on network television.

Moments after the satellite got installed on my roof, I sat down to test my new service, only to find the local channels were most certainly not in high-definition. I called customer support (which, I should note, is operated separately from the DirecTV sales team; this proved to be important). The conversation went something like this: 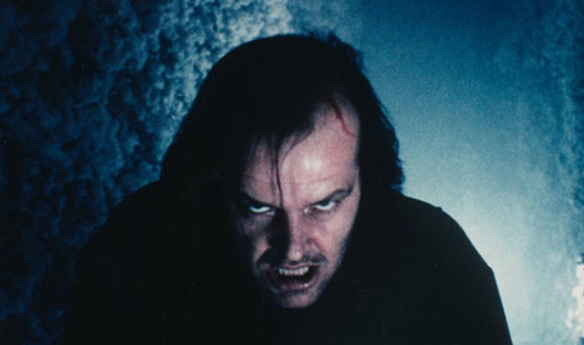 I have now surpassed this level of anger.

CSR: One moment, sir. Let me check our records. (Pause). I’m sorry, but nothing in our records indicate any conversation about that.
Kevin (the Four Horsemen of the Apocalypse will likely be gentler than the level I reached at this moment): Now you listen to me, and you listen good. (Note: this was followed by shouting, swearing and references to the operator’s head in relation to other aspects of her anatomy).
CSR: Sir, I don’t have to tolerate this.

Then she hung up.

Again, and I cannot stress this enough, I’d been an actual customer for about 30 minutes up to this point. The honeymoon was clearly over.

In the two years since then, I’ve had to deal with unexplainable service outages, erroneous bills and overall incompetence. In May 2009, my newfound post-Haitian trip patience got tested after repeated service problems during the season finale of Lost. I put up with little hiccups of interruption throughout the telecast, but things boiled over as it first froze, then completely blacked out during the final three minutes.

This is NOT the spot in the episode when you want to lose satellite service.

After filing a complaint call, they sent someone out that weekend to look at my satellite. It turns out that it had been installed wrong the first time, as the maintenance guy explained to me. “Yeah, he had it pointing right up toward those trees,” the guy said. “He probably put it up during the winter when the trees didn’t have leaves. He must’ve forgotten they’d fill in again in the spring.”

Words failed me then, as they do now.

So, DirecTV, this relationship now limps to its end, as I’ve been pushed over the edge by the latest bill issue. Yes, I may soon regret the decision to leave cable TV, but I’ll not miss satellite service, or, often, the complete lack thereof.

I will miss calling to yell at you, though.