Let me tell you about Wilco.

First, though, let me make a few introductions: my name is Kevin. You’re going to get to know me pretty well over the years, but for now, I’ll hit the basics of what you should know: Springsteen. Wilco. Scorsese. Tarantino. Football. Seinfeld. Arrested Development. The Simpsons. Football. When you learn to talk, if you’re remotely familiar with any of those things, we’ll get along just fine. 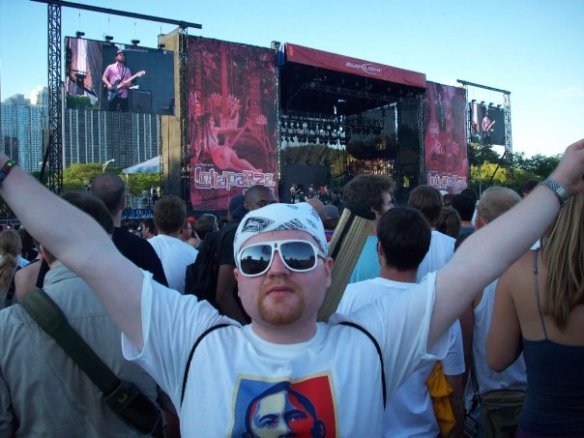 You see that man over there? Probably not, because although I know little about babies who are about 12 hours old, I’m fairly certain I recall reading that they can’t see long distances. OK, so how about this? The next time the bearded redhead holds you, the one in the Phillies cap, that’s your dad. His name is Cory. I’ve known him a long time, and one thing I know about him more than just about anything else, he’s waited for this day more than you (or anyone) can possibly imagine (realizing, of course, you are 12 hours old and can’t imagine anything right now, but even when you are much much older, the sentiment will be the same).

Charlie, I first met your dad when he was 6 or 7 years old. He was precocious, which is a fancy way of saying “your dad was a bratty little turd.” At that time, in the mid-1980s, he was rather well known in Powell County because he was, even at that young age, a regular columnist for The Clay City Times. The debate raged (still does to some) over how much writing your dad actually did for his column, but anyone who knows Cory knows full well that he still writes like a 6-year-old.

His “Cory’s Comments” column proved to be a must-read for Powell Countians, and I was no exception. It seemed everyone who was anyone wanted to interact with your dad in hopes of getting a few sentences of fame in our small-town newspaper. One summer day, while at the farm of our county’s agricultural agent, I finally had my chance for the spotlight, as I delighted your dad repeatedly by showing him how a dog could sit and shake hands. As he laughed, I envisioned my future glory, knowing that teachers and fellow students alike at Stanton Elementary would marvel at my dog-command skills, and for a week, I’d be the toast of the town, or at least the fifth grade.

When the newspaper finally published the next week, Charlie, you cannot fathom my surprise when I failed to warrant even the scantest mention in your dad’s column. I no longer remember the content he chose over me, but suffice it to say it paled in comparison to my ability to shake hands with a dog. 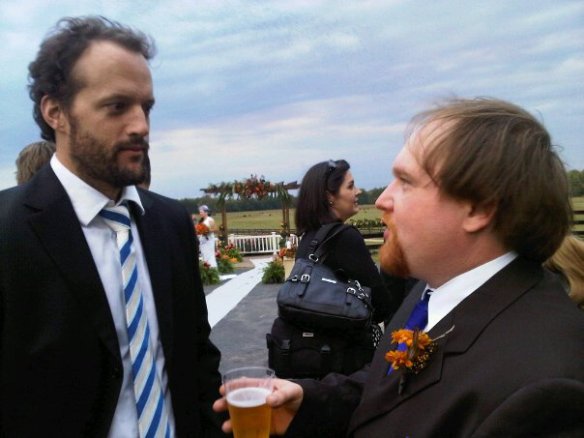 But that’s really not the point. I’m still getting there (another thing you’ll no doubt learn about me: I can be long-winded, but I always have a point, and I will tie everything together in the end).

Now, Charlie, I take you back to late 1994 or early 1995 at Powell County High School. It was the night of a basketball game, and as I walked down the steps from the concession area upstairs, I passed by a young redheaded guy going up the stairs. At the time, my friend Aaron and I were planning our second season of an ill-fated radio show in Stanton, and I knew your dad was a fan. Seeing him on those stairs, I pounced on the chance to bring him into the fold and onto the show, pitching it as a way to do an updated “Cory’s Comments” but over the airwaves instead of print.

To say that my life changed that day would be an understatement.

Charlie, I honestly can’t imagine my life without your dad in it. We became fast friends, going almost everywhere together (except to a Weezer concert that I honestly thought was for ages 18-plus), and perhaps no night was his involvement more noticeable than a summer night in 1996. That’s the night, Charlie, that your dad helped me meet the woman who would become my wife (OK, so she eventually became my ex-wife, but let’s just ignore that for now).

Standing in front of Delta Gas in the middle of Stanton, my group of friends and I kept noticing two girls in a convertible driving around the circle. Nobody had the guts to motion for them to pull over, although I kept talking about wanting to do so. Finally, your dad had enough and called me a name that I can’t print here but can explain it this way: you know that area you came out of a few hours ago when you entered this world? That’s what he called me.

I accepted the challenge, flagged the girls down, rode around town with them, and the next thing you know, a few years later we were married. The marriage didn’t last, Charlie, and that’s a hard fact of life you’ll learn: not every story comes out perfect in the end. Life is tough, but sometimes the friends who help you start the story will still be there when an unexpected end comes into play.

Your dad is that friend, Charlie.

But Charlie, I don’t mean to make it sound like your dad is a saint. No parent is perfect, and in an odd way, that’s really what makes them perfect, and if imperfection is the measuring point then your dad might be as perfect as it gets.

You see, Charlie, your dad and I haven’t always gotten along. We’ve almost had fistfights more times than I can count. We’ve had shouting matches. We’ve said cruel, hateful things.

And once we went years without talking.

What matters, though, are two things: one, even despite being on non-speaking terms, your dad still came to my wedding, realizing that even though times might have been rough for us at that exact moment, perhaps the friendship was worth investing in just in case somewhere down the line we patched things up again.

Here’s the other thing that matters: we patched things up again. One evening in the summer of 2002, I came home from work, checked my email and found a note called “olive branch.” It was from your dad.

I don’t recall the exact wording, but it was along the lines of how it was time to let bygones be bygones and if a once-powerful friendship could somehow find a way to heal, then he would be in favor of it.

Now, Charlie, here’s why I want to tell you about Wilco. Your dad’s words hit me hard, and I couldn’t let them go unnoticed. I agreed to try to become friends again, and as part of my own olive branch offering, I invited him to see Wilco as they toured for Yankee Hotel Foxtrot.

That night at the Brown Theatre in Louisville, we sat in the second row and marveled at the music before us. In that moment, the past wasn’t forgotten; it was just put aside as lessons learned.

Charlie, we haven’t looked back.

Since then, your dad and I have become brothers, which is what happens when you go through things, both good and bad, that can barely be put into words. Charlie, the day will come in which you’ll find yourself hanging out with Lollapalooza VIPs playing kickball or recovering from tragedies so immense they still seem unreal, but either way, I hope you have someone like your dad by your side much like I did. He is my friend, my brother, the Little Steven to my Springsteen (I’m writing this, so I can full well allow myself to be Bruce in this scenario).

Charlie, this man who holds you will mess up. I assure you that he will.

But more importantly, this man who holds you will give you everything he has, for as long as he can.

I tell you that with certainty because he’s done that for me.

So, Charlie, today, in honor of you coming into this world, and for every Jan. 15 from here on out, I will listen to Yankee Hotel Foxtrot. I’m not sure I’d be writing to you today without that album, and for that, I’m forever grateful to Wilco.

Oh, and Charlie, when you wear that Wilco jumper I gave your parents at their baby shower, now you’ll know what it really means. Yes, some people raised their eyebrows and wondered why one of Cory’s closest friends didn’t get a more elaborate gift, opting instead for something plugging one of my favorite bands.

The truth is, Charlie, that shirt, and the lyrics printed on it, represent the past, the present and the future. Your shirt says “Wilco loves you, baby.”

Charlie, we all do. 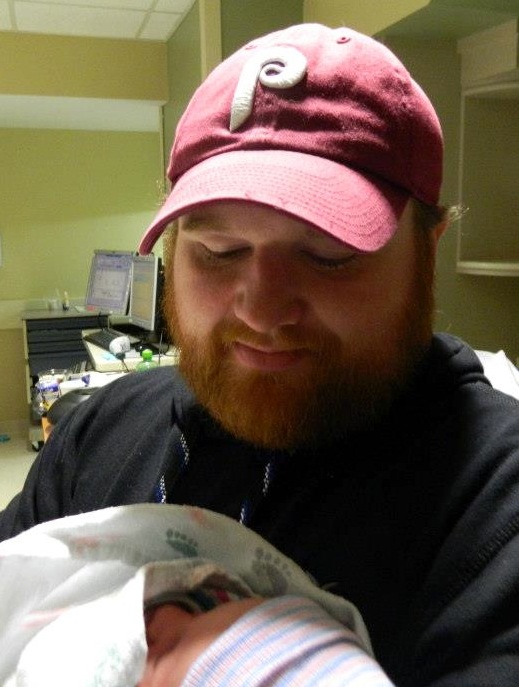 15 thoughts on “Dear Charlie: An Open Letter to My Friend’s Newborn Son”